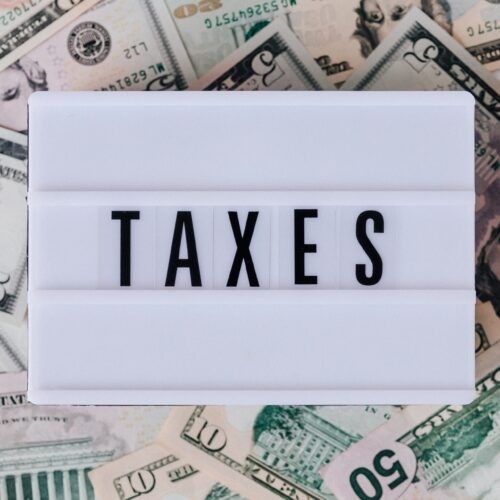 Historical Tax Rates In The U.S. May Shock You

On August 5, 1861, President Abraham Lincoln signed the Revenue Act of 1861. This act imposed the first federal income tax on 3% of all personal income exceeding $800 per year. The taxes raised from this act were to help pay for the Civil War. Since this original revenue act was signed into law over 159 years ago, we have seen many changes to the tax code. In this blog post, we will take a look at historical tax rates in the U.S.

The origin of the federal income tax was the Revenue Act of 1861, fathered by Senate Finance Committee chairman William Pitt Fessenden and signed into law by President Lincoln. Not only did this bill create a personal income tax, but it also taxed imports and provided a direct land tax. However, this bill did not provide for an enforcement mechanism which made it difficult to generate the revenue needed to help finance the civil war. This tax was eventually repealed 10 years later and replaced by a flat income tax in 1894. The flat tax was eventually ruled unconstitutional by the Supreme Court in 1895 because it was a direct tax that was not proportioned according to the population of each state. A few years later, in 1913, the 16th amendment was ratified which repealed the previous Supreme Court ruling and allowed the Federal government to tax the income of individuals without regard to the population of each state.

As we stated earlier, the first personal income tax was at a rate of 3% on income over $800. Today, the top marginal tax rate is 37%. What have tax rates done between 1861 and today? You might be surprised.

Our national debt currently stands at over $26 trillion. As we stated in a previous post, both the House and Senate continue to negotiate an additional round of economic relief due to the COVID-19 pandemic. The total cost of the proposals on the table range from $1 trillion to $3 trillion, which will undoubtedly lead to a further increase in the national debt.

What does this mean for future tax rates? The answer is, we cannot know for certain. Historical tax rates have ranged from 3% to 94%. History also tells us that future tax rates are very hard to predict with accuracy and can vary greatly across changing economic landscapes.

Amid this uncertainty, is there anything you can do? Absolutely. A sound financial plan that gives you flexibility in the future can pay off. Planning for the possibilities of higher and lower tax rates in the future can help you better control your tax situation, which can ultimately lead to a greater likelihood of achieving your financial goals. After all, it is not about how much you make, it is about how much you keep. If you need help planning for your future goals, please contact us today.