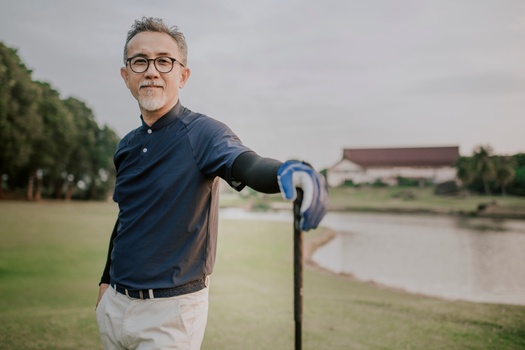 Several years ago, Sam was promoted to Sales Director at his company and became very comfortable in his current role. He is beloved around the office and has worked with his boss at various firms for over 25 years. Sam felt like he could continue working for the company as long as he wanted to, but he was not emotionally invested in his work like he used to be. He began to think, "am I going to be working in five years"?

A few years ago, Sam's daughter, Jamie, went through a very rough time. Sam had to help her out financially, and for a while, she came to live at home with him. Not knowing how long this rough patch would last, Sam liquidated most of his investments in case he needed extra cash. During this time, Sam was focused on his family life and neglected his financial life. Things are much better now, and Jamie is back on her feet. Sam is finally ready to start focusing on his retirement goals. But how much should he be saving? Is now the time to get back into the stock market?

Sam began to wonder if, given his current financial situation, he would be able to retire in five years. Sam always envisioned a retirement where he could play golf at all the courses on his bucket list and spend more time with his daughter but felt this was far out of reach.

Sam's current plan was to start maxing out his 401(k) again but didn't know what investment options he should choose. He thought to make up for "lost time", he should be as aggressive as possible. Sam was also uncertain about getting back into the market with all the cash he had been holding. Sam's initial thought was to use this cash to fund his retirement until taking social security.

What Sam didn't realize about his current situation was that rising inflation, tax rates, and outliving his money were all risks he would face in retirement. After finding this out, we helped Sam create the following plan:

Although Sam may have felt behind, his retirement goals were closer than he imagined. By creating a comprehensive plan, we were able to get Sam back on track to retire the way he wanted. Sam's plan reduced his exposure to rising inflation and tax rates, and also created a reliable income stream to last throughout his retirement.